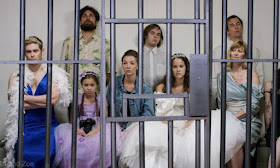 The Movie: Zilla and Zoe

The Story: To win the contest of her dreams, Zoe will have to turn her sister's wedding into a horror film. 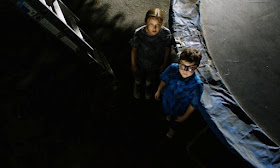 The Review:
Director Jessica Scalise takes full advantage of her adopted home town of Portland, Oregon and uses it as a backdrop to tell a story about an equally strange and dysfunctional family. Drawing inspiration from life experience and integrating it into the weirdness and progressive nature of the city, she is able to come up with some genuinely funny moments that poke fun at stereotypes and generational divides. This isn't heavy handed story telling by any means, it's all in good fun and the focus is on maintaining a light hearted tone while still touching on a few timely topics.

Greg James (Wild) leads the way with a strong performance as a single father who does everything he can to raise his two daughters and he ends up being the core that all the craziness revolves around. Meanwhile, the young Aida Valentine makes her feature film debut as a 10 year old horror movie obsessed girl who will stop at nothing to bring her dreams (nightmares?) to life. Also making her debut is Sam Kamerman who pairs nicely with Mia Allen as the subjects of the wedding turned horror film. 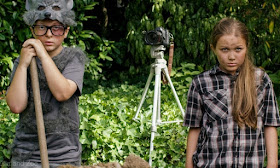 The Verdict:
Zilla and Zoe is a great first effort from a director who shows a lot of creativity and talent with tons of potential for future success. This film helps to keep Portland weird and will keep you entertained from beginning to end.


Zilla and Zoe is an official selection of the 2017 Local Sightings Film Festival and is the opening night narrative feature at the 2017 Portland Film Festival.